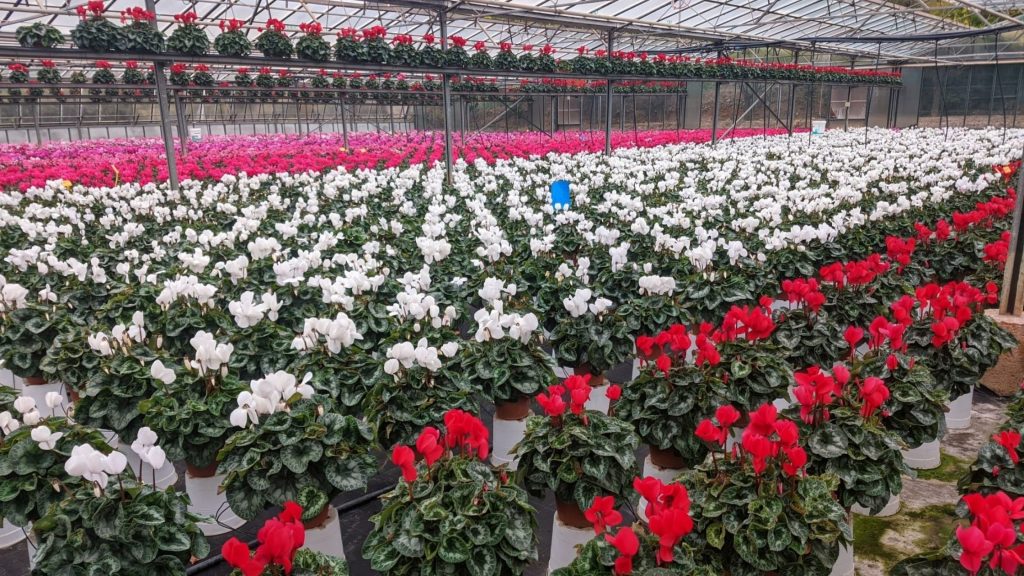 The elegance of the cyclamen and its hidden meanings

Lord of balconies and winter gardens: we’re talking about the noble cyclamen, its elegance and its hidden meanings. Meanings that have evolved with time and have become increasingly positive, with a special eye on colours. These colours can evoke various feelings according to their hues. Learn more in our article!

The cyclamen’s elegance and magnificent colours make it an extensively used flower. This flower holds many surprises with its varied hidden meanings. Our notoriously monotone and grey winters are coloured by this marvellous flower. The cyclamen has such beautiful hues that it has given rise to a specific colour: the intense cyclamen pink. As we explain here below, colours are extremely important in the interpretation of the cyclamen’s meanings.

The elegance of the cyclamen and its hidden meanings: the colours

The cyclamen’s elegance is undeniable, so choosing one is often a question of the variety of magnificent colours. Some examples? White evokes purity, red stands for passion and pink leads us to the love of a sweetheart or mother. Apart from the infinite range of splendid hues, cyclamens fascinate us with their extreme simplicity and their capacity to defy the cold to dazzle us.

The cyclamen, well known since remote times, was referred to in the writings of Pliny the Elder in ancient Rome, where it was called “Rapo” and “Navel of the Earth”. Cyclamens have been proven to have been used in European gardens from the year 1596. Back in ancient times it was already established that the plant’s roots contained a poisonous substance and for this reason it was given various meanings: Nowadays the more negative symbolic connotations have become obsolete and the “Roman” vision of the cyclamen as a lucky charm has made a comeback, even though in the language of flowers it can stand for detachment. Cyclamens can always be gifted as a sign of encouragement or positive wishes, maybe highlighting the specific meaning that we wish to apply with a personal inscription. A flower that evokes positivity in modern times and that astounds the people that receive it or see it on balconies and in gardens with its beauty.
Categoria: News