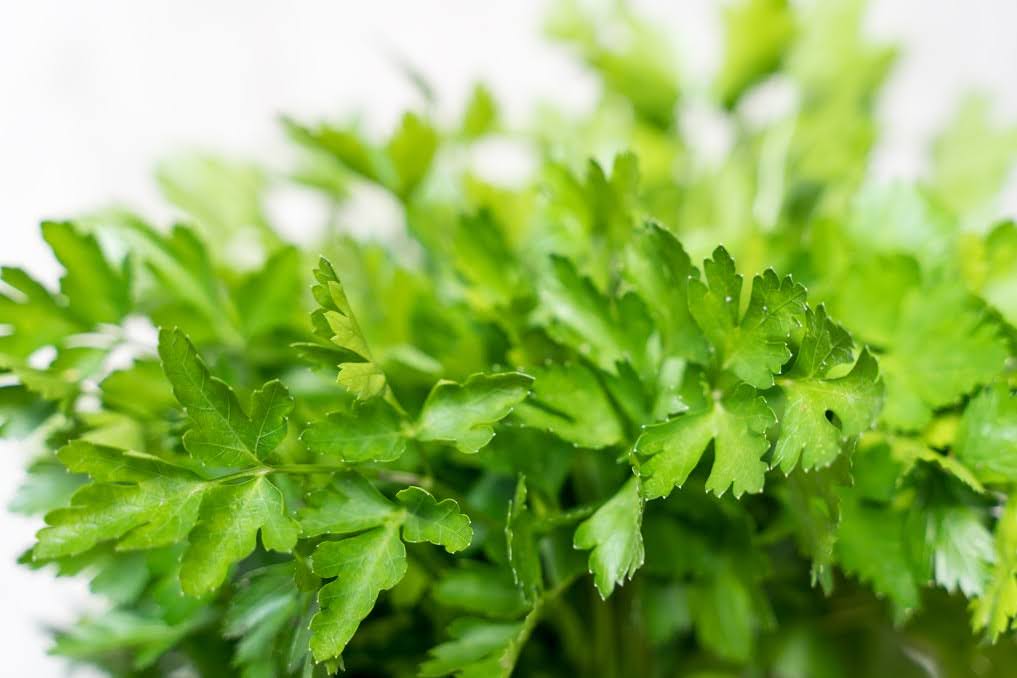 Parsley, the world’s oldest and most well-known herb

Easily the oldest and most well-known herb in the world, Parsley is widely used in the kitchen and is the perfect companion to a variety of foodstuffs.
It adds taste and a touch of elegance to an infinite number of dishes.
Grown in Albenga and sold throughout Europe by RB Plant, Parsley comes in two varieties: Curly and Smooth.
Find out more in our news!

This news update is all about parsley, the world’s most popular and ancient herb that is grown by RB Plant in Albenga and sold throughout Europe as a part of their own Sunny heRBs range.

An herb from the botanical family Umbelliferon, parsley’s scientific name is Petroselinum Hortense which is derived from two Greek words: petra, “stone” and sèlinonche “celery” (petrasèlinon sativum). A “celery that grows among the stones”, there are in fact ancient stories of parsley growing in the cliffs of Macedonia.
The Greeks recognised parsley as a font of energy and good humour, the Romans used parsley for its therapeutic properties and as a funeral decoration and the Etruscans even associated parsley with magical powers.
In Medieval times, parsley lost its symbolic and mythological significance and became a commonly used, widespread foodstuff with an infinite number of applications, leading to the famous saying “To be like parsley” to imply something that can be found everywhere.

Parsley typically grows to a height of between 15 and 80 cm and has an upright herbaceous form. The bright green leaves have triangular jagged edges and can be either flat or curved. There are two principal varieties of parsley: one with curly leaves and one with smooth leaves which is more common in Italy.
Originating in the Mediterranean region, parsley grows mainly in areas with a temperate climate and can be cultivated both in pots and directly in the vegetable garden.
This aromatic herb requires a certain level of humidity and therefore loves frequent watering, but it will also survive in more difficult conditions.

Parsley: how to use in the kitchen

It is very well-known and is easily combined with an enormous variety of dishes. In the kitchen it is used both to add flavour and to add decoration.
Parsley brings out the flavour of other herbs and when chopped very small it is an excellent addition to sauces, starters, first courses, meat and fish dishes. Its fresh and persistent aroma is truly appreciated in several dishes.
How should parsley be cooked? It is important that the parsley is added raw at the end of cooking. This is to maintain the flavour and to avoid destroying the essential oils and other characteristic properties.
Once the parsley leaves have been picked, they can be left in the fridge inside a plastic freezer bag for 2 or 3 days. If however you would like a longer supply of parsley, you can always store it in the freezer.