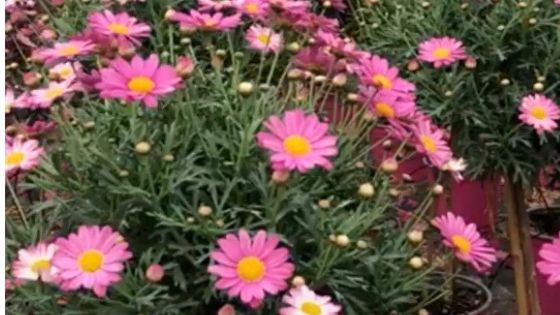 He loves me; he loves me not? Only daisies can tell the truth!

Albenga is famous for it’s marvellous daisy production, pure white or in a variety of vibrant colours and this is where all of us, sooner or later, have played “he loves me; he loves me not”.
We question the daisies, urging them to tell us the truth about love.
Daisies are a symbol of positivity and, in the language of flowers, have different meanings, all related to the concept of truth, purity of soul and the innocence of youth.
Did you know, for example, that in mediaeval times daisies were used by young women as a response to the declarations of love received from their young pretenders?
In fact, if a young woman granted her suitor the permission to adorn her blouse with a daisy; the proposal could be considered accepted. On the other hand, if the daisy was worn on her cape, this was an expression of misgiving towards her admirer.

So why is “He loves me; he loves me not” played with daisies?

It appears that the practice of picking the petals of a flower in a prophetic sense was initiated by Margaret of Provence (the French name for daisy is marguerite). Story goes that during the imprisonment of her husband King Luigi IX of France, during the crusade of 1248, the Queen started to pick daisy petals whilst reciting a prayer for each petal.
Queen Margaret maintained this habit and when the King returned home, she showed him all of the petals that she had collected as a demonstration of her love and faith.
Touched by the gesture and proud of his wife, the King had three silver daisies added to his family crest.

But there’s more to be revealed about “He loves me; he loves me not”

Repeated within the structure of the daisy, petals included, is the Fibonacci sequence (1, 2, 3, 5, 8, 13, 21, 34, 55 …) where odd numbers are more frequent than even numbers.
This means that, if you ask a daisy to reveal the truth about love, starting with “He loves me”, the chances of receiving a positive answer are significantly higher!
Another good reason to trust this splendid flower with your proof of love!