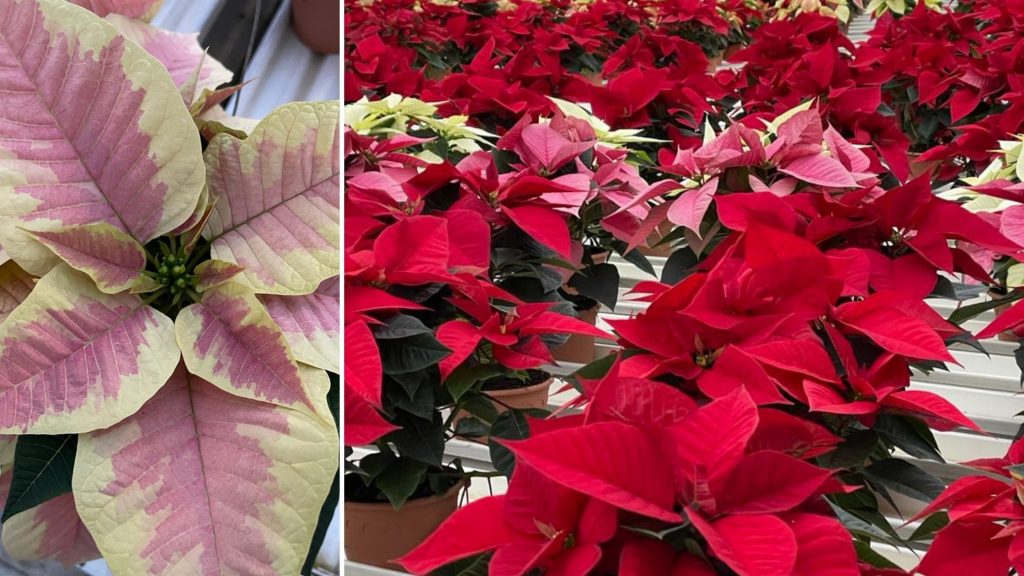 The most loved and widespread flower of the festive season, it can add colour to our winters and brighten up our homes: this is the marvellous Christmas Star and here are 7 of its interesting facts. These magnificent flowers, also grown and sold by RB Plant in Albenga, are like shooting stars and they hide many secrets. For example, did you know that the red-coloured part of the plant, considered by most to be the petals, are in fact the plant’s leaves, and that they assume this colour only in certain periods of the year, such as Christmas? A truly special plant, also for its history and the cultural traditions that are associated with it.

The plant originally comes from Mexico, where it is a wildflower that can reach heights of between 2 and 4 meters. In Mexico the Poinsettia is considered a sacred plant and is used as a decoration in churches and to adorn the houses of newlyweds. Native Mexicans used Poinsettia to produce a red dye and as the basis of an insecticide based on the latex contained in the branches and trunk.

The Euphorbia pulcherrima plant or Christmas Star, is also known as Poinsettia. This name comes from Joel Roberts Poinsett, the first United States ambassador to Mexico who introduced the plant to the USA in 1825. Apparently Poinsett was so fascinated by Mexico’s rolling hill, dominated by the bright red-coloured Christmas Stars that he decided to start importing the plant to the USA.

3. Christmas Stars: when did they arrive in Europe?

The famous German naturalist, explorer, geographer and botanist Friedrich Heinrich Alexander Freiherr von Humboldt was the first to discover the plant during a voyage to South America between 1799 and 1804 and bring it back to Europe, where it was an immediate success.

4. The most beautiful, according to its botanical name: Euphorbia Pulcherrima

In Europe the Poinsettia was classified with the botanical name Euphorbia Pulcherrima, meaning the most beautiful of the family Euphorbiaceae, in recognition of its beauty.

As previously mentioned, the flowers of the Poinsettia are not red. Botanically, the flower or cyathia is actually the internal yellow part composed of pairings of petals and sepals. It is, in fact the leaves, that assume the typical red colouring at certain times of the year. Todays they can also be found with pink, white and variegated leaves.

What connects this flower with Christmas? There is an ancient Mexican legend that tells the story of a young girl, Pepita, who being too poor to buy flowers to take to church on Christmas eve, composed a simple bouquet of herbs and twigs. A miracle happened during the Christmas mass: the bouquet that was so carefully prepared by the young girl suddenly transformed into a beautiful bunch of red flowers. This gave arise to the traditional “Flor de Noche Buona”.

7. In Madagascar Christmas Stars are the flower of Easter. Do you know why?

Christmas Stars were brought to Madagascar by the French and the plant became very popular, also thanks the favourable climate. In Madagascar, Poinsettia are associated with Easter due to differences in the climatic conditions. Here the climate follows the pattern of the southern hemisphere and the plants flower in April instead of December.
Categoria: News